See below how it works, specially the "Sub-Contract with Network Acquirer", as this is the first step for companies that intend to become sub-acquirers, where the commercial part of fees is discussed.
Your company can have two types of relationship with the acquiring network: VAR/White Label and Sub-acquirer. 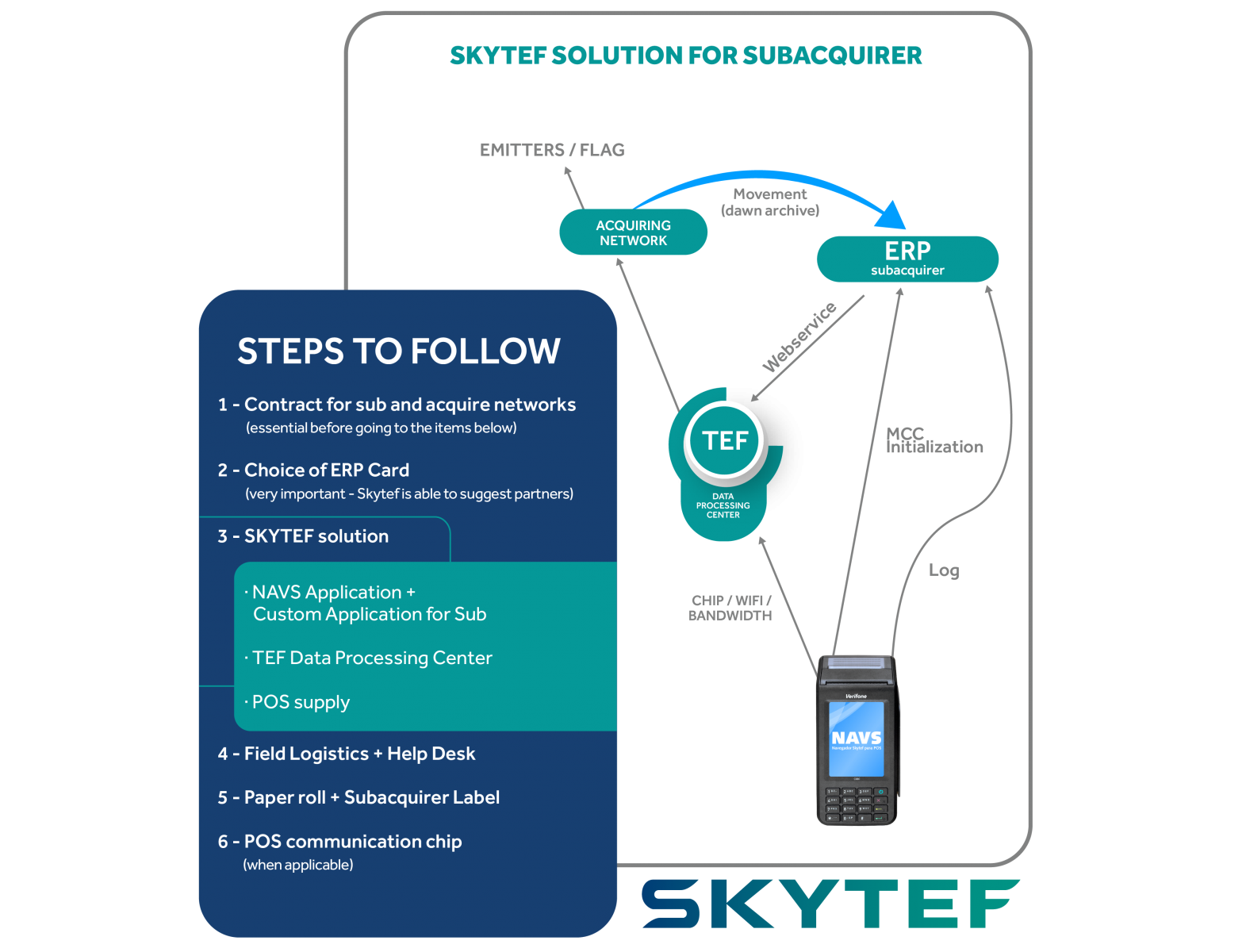 After the Contract / Relationship with the acquiring network, send an e-mail to comercial@skytef.com.br, requesting commercial assistance.

Your company has a transaction capture network and will place the POS devices in third party merchants to receive Visa, Mastercard, Elo, Hipercard and others. The money will be transferred to the current account of the merchants via the acquirer. In this business model you provide a service to the acquirer and get paid for it. If you have 100 customers, there will be 100 accreditations and 100 credit analyzes – both made by the acquirer, who also defines the MDR rate. Eventually on the white label model you can put over on the acquirer's MDR rate.

In addition to having the POS network, your company does the accreditation, credit analysis and reconciliation of the amounts to be paid to commercial establishments. You will have a higher compensation (over which you can put on the MDR of the acquirer), the money is transferred from the acquirer to your account, and you are in charge to distribute it to the merchants. In exchange, a PCI ($) homologation is needed for Visa, Mastercard , Elo, Hipercard, among others, as sub-buyer letter of guarantee required by the central bank.